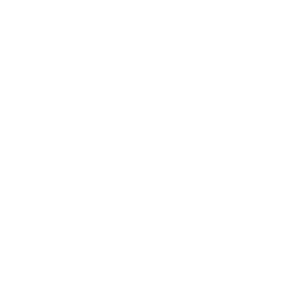 More and more recently, the idea of feminism and female empowerment has been the theme of advertisements– often for beauty products.  I guess it has been several years now since the Dove Real Beauty campaign started producing commercials and viral videos/images that promoted the idea that all women were beautiful. More recent examples include the Pantene commercial that tells women they don’t have to apologize for everything and the Always commercial that shows the promise of young girls not being offended by the phrase “like a girl.”

Many sources have pointed out the fact that it is more than a bit hypocritical to try to sell beauty products by telling women that they are fine the way they are. Isn’t the message: “You’re beautiful but you need our product to be beautiful” counter intuitive? Bruce Chambers, in an article for CBC news calls this “artificial advocacy” and in a way it obviously is. Anything a company does is meant to further the company, especially a commercial. That’s the point.  Chamber’s advice:

The best way to combat this form of manipulation is to enjoy the advocacy of such ads, while questioning whether the product itself is capable of delivering empowerment on any level.

Though I’d agree that this is absolutely what one should do, I think the concept of the article seems to imply that women, in particular, aren’t already doing this.  I might be overreacting, but I feel a little bit like this argument says that women, as a whole, aren’t smart enough to understand the basic tenets of what advertising is and does. That is more than a little frustrating to me.

I understand that, as another blogger put it, “the essential connection between the positive message that makes the pro-girl ad worth sharing and the product being sold is tentative at best.” Always does nothing to actually support women’s confidence except give people watching TV something to think about. For me, that is huge. I don’t care why positive messages are created, honestly, as long as they exist. I know that the brand of tampon I use doesn’t affect my strength as a woman, but the commercial still gets a message that I care about out there. I don’t have the kind of money it takes to truly promote that message, but Always does and why shouldn’t they? It is the company’s job to promote itself, but it is kinda nice if they promote other good things too.

Here’s the thing, I’m going to buy certain products. I need feminine hygiene products and I prefer to wash my hair and body as well. I like my skin to look a certain way. Part of this is obviously from the ways we are socially programmed and some of it just feels good. Honestly, if I am going to pay for someone’s advertising, I would rather pay for advertisements I like watching. I would rather help pay for the “Like a girl” commercial than any of the ones with women running around in white spandex or playing tennis. What is it with tampon commercials and tennis? Seriously.

And yes, there are products that do not advertise on TV. And yes, price plays a part in my decision making as does other concerns. At the end of the day, I pretty much buy the same thing over and over. I’m all about brand loyalty if I find something I like and can afford. None of these commercials changed my mind about what I actually want to buy, although they might have improved my feelings of goodwill towards the companies involved. Mostly, I just don’t need reminded or protected from being scammed by companies who sell the concept of female empowerment. I’m not in danger of being swindled into buying products because someone tells me I’m strong, confident or beautiful and I think it’s pretty safe to say most women aren’t either.